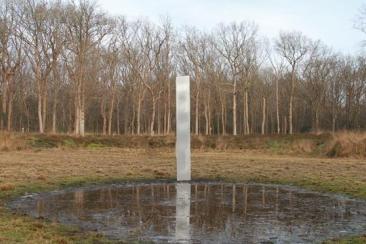 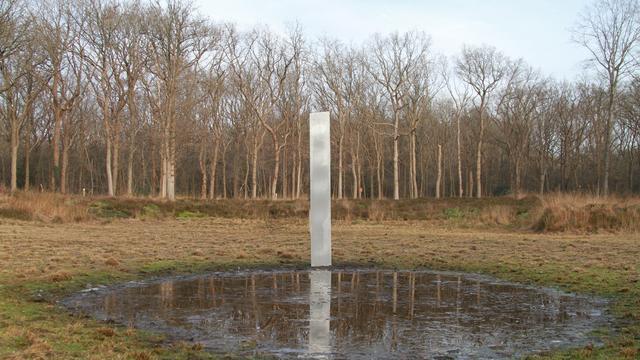 Next to a small pond in a Nature Preserve outside of Oudehorne, Netherlands the monolith appeared with no footprints in the area. The monolith is not made of very glossy material and is therefore not reflective like other monoliths, but has a rather 'cloudy' appearance. The monolith does reflect in the water of the pond it sits next to. Cold weather caused the monolith to frost/dew over as seen in pictures.

The monolith disappeared the day after it was discovered.

Locals suspected the monolith to be an end of year prank, which are common in the area. However, the quick disappearance suggests otherwise, because if it was, locals say, 'it would still have been here'. The owner of the land was not happy with the monolith because of the visitors, but does not say he is the one who removed it.