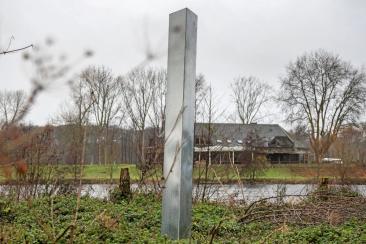 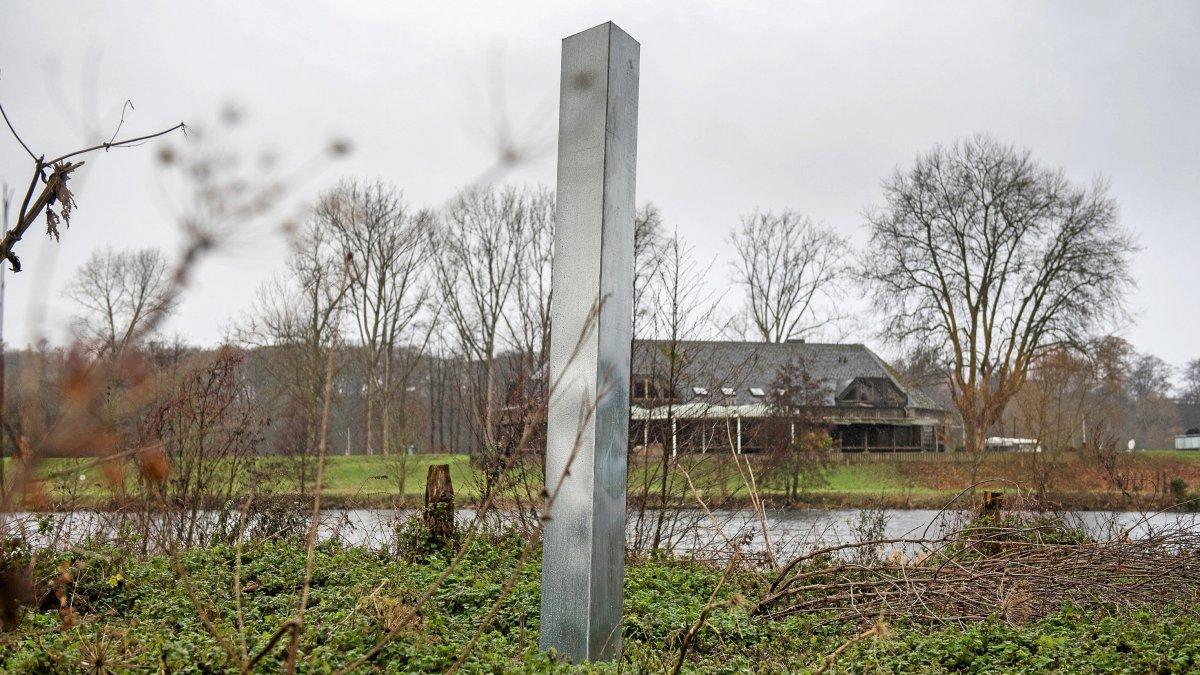 Mysterious monolith now also appeared in Mülheim.
MÜLLHEIM. A worldwide phenomenon has now reached Mülheim: strangers have erected a monolith on the Ruhr. What it's all about.

Mysterious monoliths have been appearing around the world since mid-November - now a specimen has also been discovered in Mülheim, near Kocks Loch in Menden.

Notes
The Mülheim monolith rises more than a man's height from a meadow near the Leinpfades on the Ruhr. Who put the metal sculpture there, apparently unnoticed, is just as unclear as the exact time. Max Meis discovered the stele while jogging. Confronted with the mysterious artifact at Kock's hole, the first reaction in the town hall was tight: "Amazing!"
Dates & Classification
Date Spotted
2020-12-17
Classification
Questionable monoliths, not confirmed to be knockoffs but likely considering the origin or appearance of the monolith.
Multiple Monoliths
✖
Physical Qualities
Material
Generic Metal
Construction
Folded
Number of Sides
Three Sided (Typical Monolith Design)
Texture
Brushed
Polished
Top Geometry
Flat
Height
3.20 meters
Markings
No Markings
Articles & Media
waz.de - spotting
Waz.de - spotting