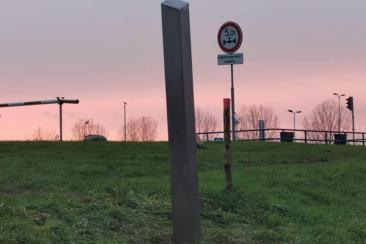 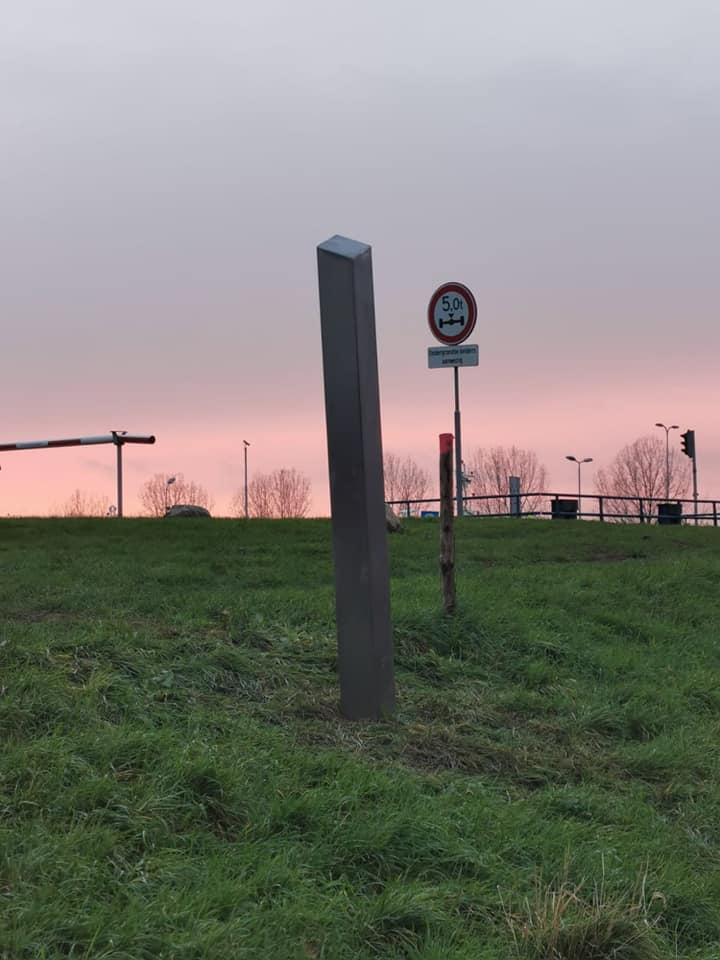 Monolith on 9 12 close to Maasbracht Netherlands 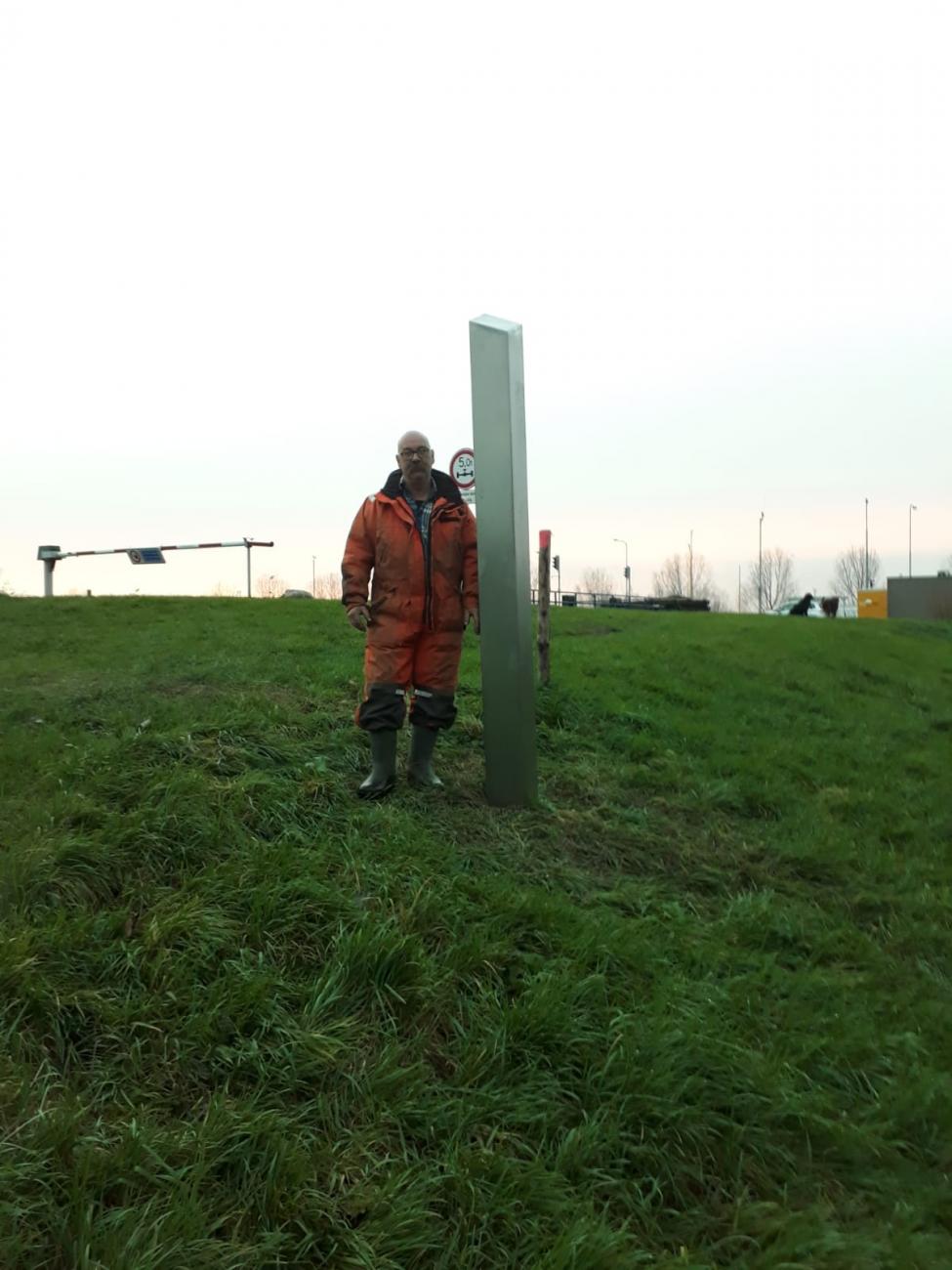 Locks worker on 9 12 next to monolith Maasbracht 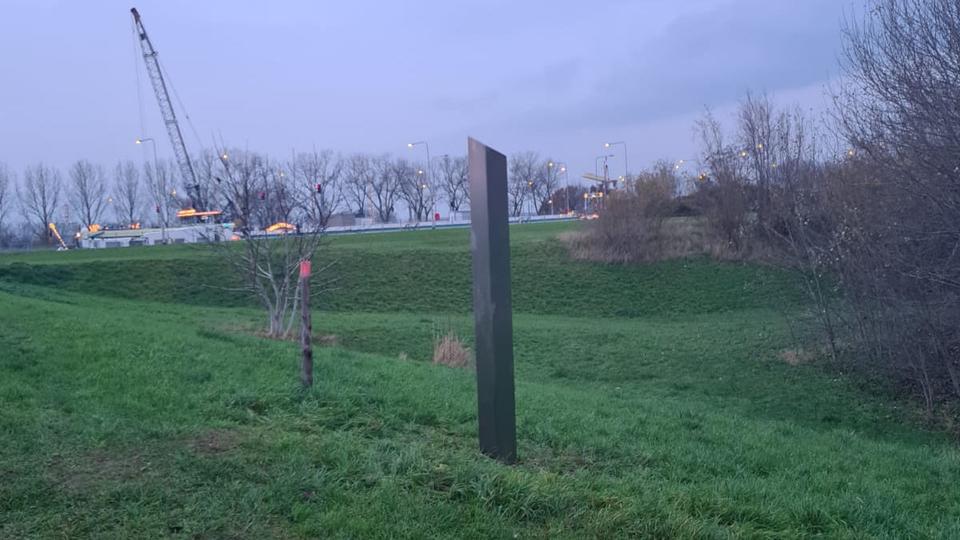 A small monolith only 2 metres high, hollow was found for a single day, before vanishing.

An Eyewitness reported:
I was there on 10th Dec. in the afternoon and workmen ( who were there also the day before working on the locks of the canal ) informed me that it had disappeared that night . Apparently this M had been supported by a metal pipe, which had carefully been connected to four small 'flippers' every 90 degrees. Obviously to make the M. stand better since the place where it was put was not flat but in a slope ..

Who or whatever took the Monolith away again obviously did a very thorough job .. with this metal pipe as a support system. Yet .. the Monolith was gone again when the workmen arrived in the morning of 10 12. The metal pipe was left though.

Notice the way they ( obviously worth a piece of chalk ) marked the place where the flippers were to be welded onto the pipe .. amazing ! hard to figure out ..

Notes
Tha actual location of the M. was to the left, near the canal. On the corner of Oude Maasweg and Tipstraat. So .. to the other side ( left from out pointview ) of Maasbracht .
Dates & Classification
Date Spotted
2020-12-08
Date Vanished
2020-12-09
Classification
Questionable monoliths, not confirmed to be knockoffs but likely considering the origin or appearance of the monolith.
Multiple Monoliths
✖
Physical Qualities
Material
Steel
Construction
Welded
Number of Sides
Four Sides (Rectangular or Square)
Texture
Unfinished surface
Polished
Top Geometry
Inclined Plane
Height
2.20 meters
Markings
No Markings
Articles & Media
limburger.nl